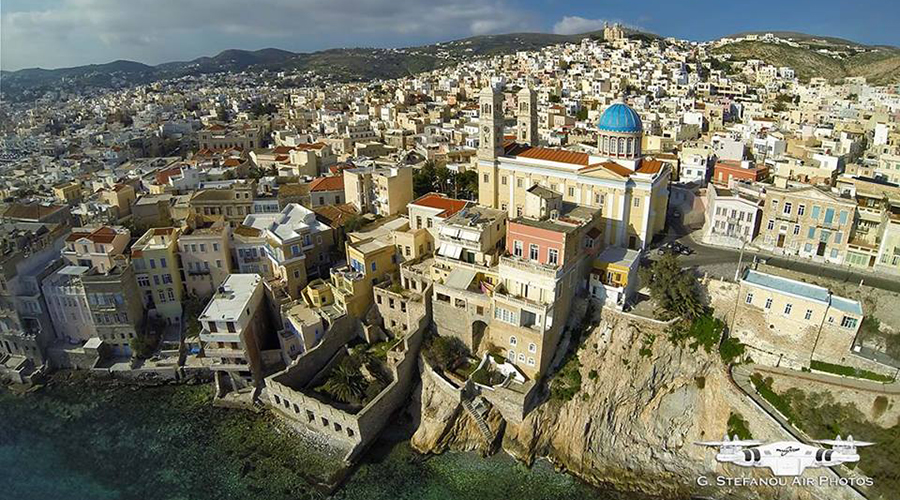 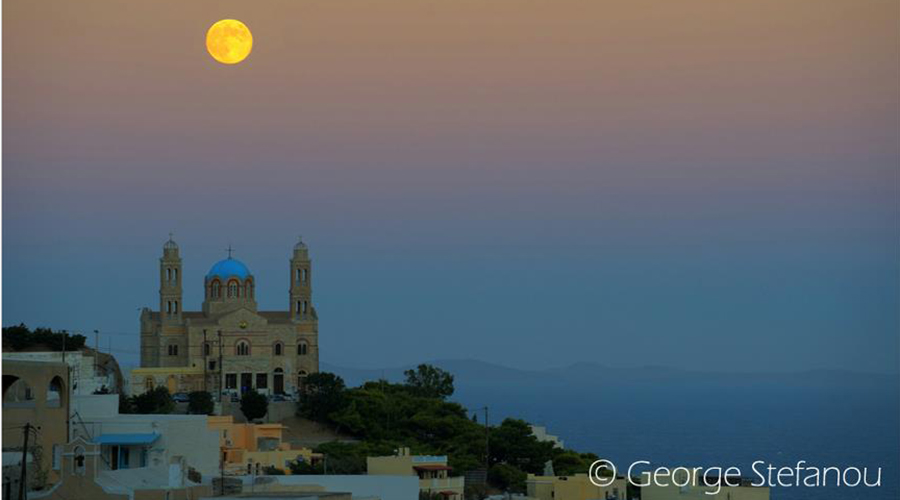 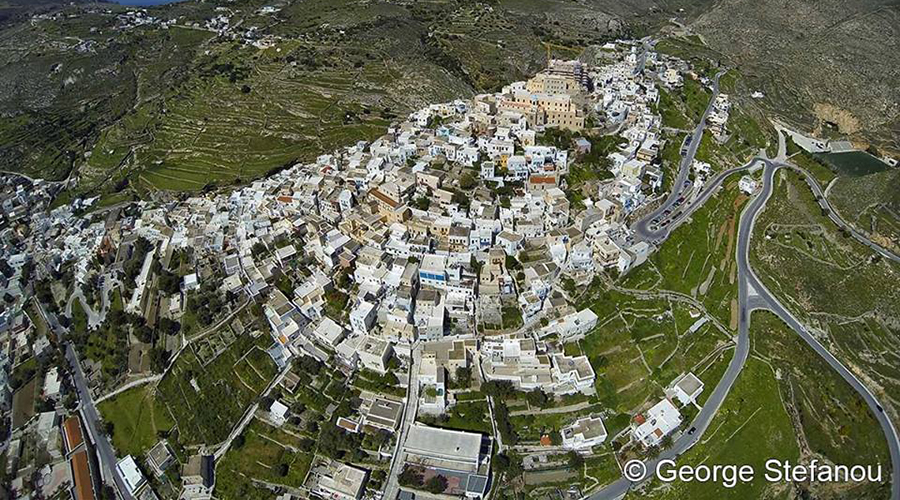 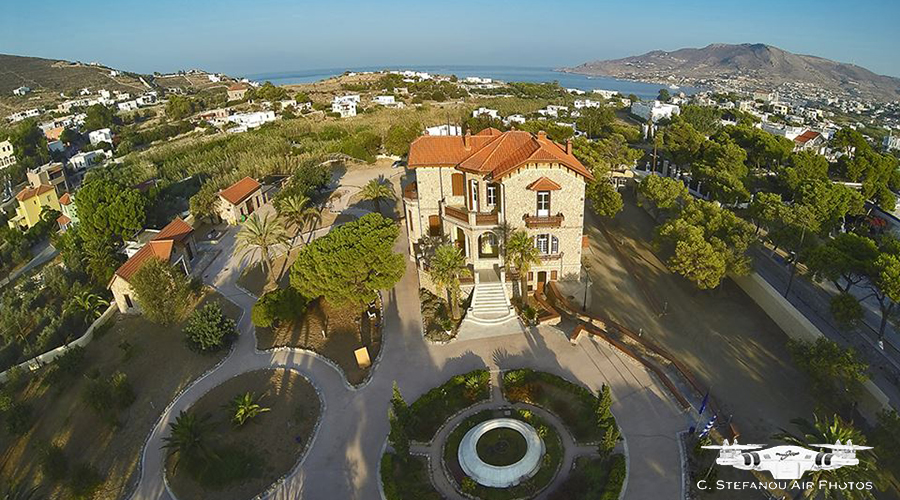 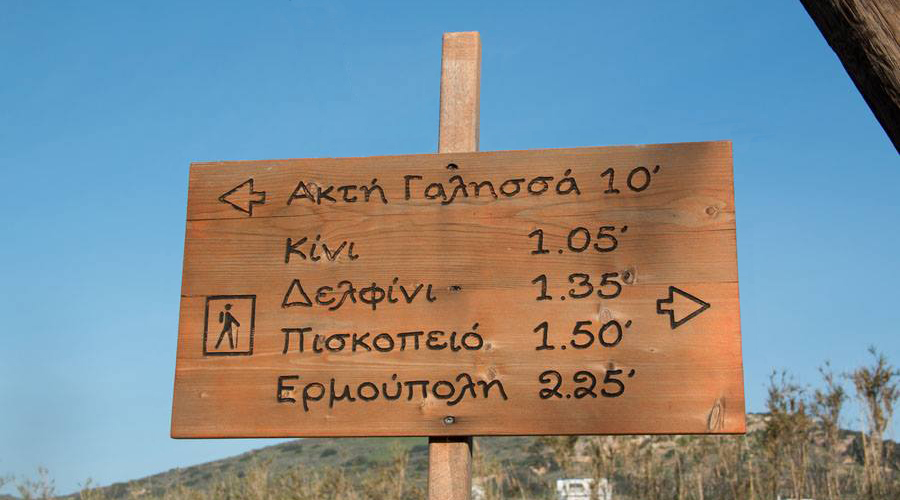 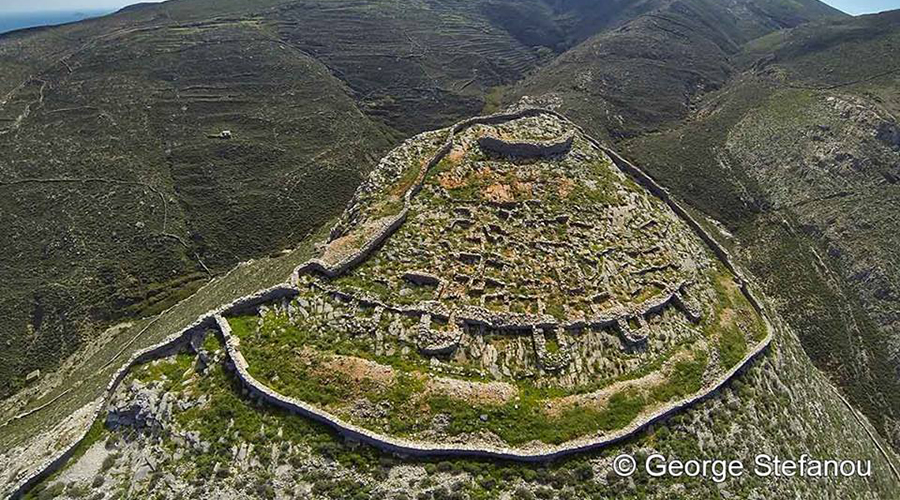 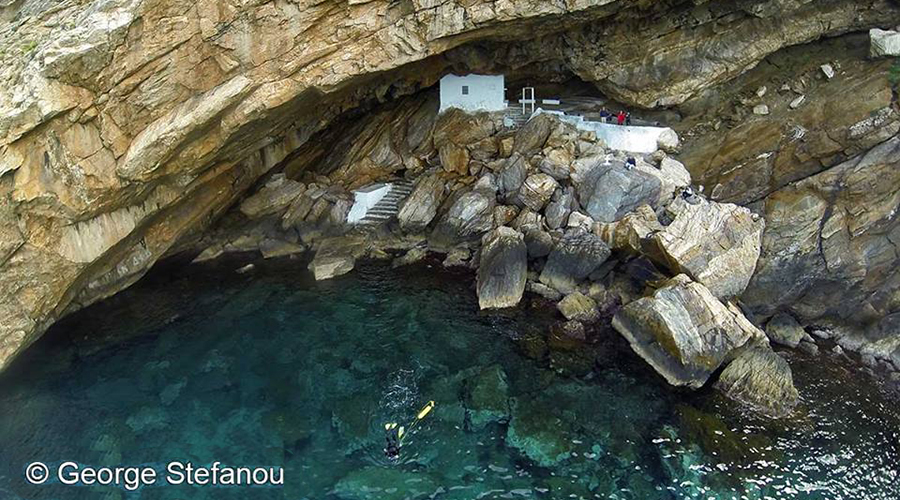 The old port is located on the left side of the bay. There are old warehouses Transit built in 1834-1839 with public expenditure plans IB Erlacher and under the supervision of Wilhelm von Weiler.

The arrangements made for the installation of public services (Port Authority, LUCC) has not touched the shell of the building.

In 1994 four warehouses on the southern wing of the Cycladic Art Gallery, which hosts regular exhibitions and collections of its own (entrance at the rear of the building).

There is also the Merchant Navy School, Opy previously housed the first telegraph in Greece and the Neoclassical building fees, which gives a touch of culture flooding the island.

The Museum of Syros is one of the oldest museums in Greece. Founded in 1834-35 and is now housed at the Municipal Hall of Syros, an important monument, designed by renowned architect E. Schiller.

Over four hundred rare items from the industrial heritage of Syros was the first glimpse of the Museum, an exhibition opened in May 2000.

Maps and images from the late 17th to mid 20th century, original architectural and urban plans from the creation of neoclassical Syros, Syros paintings painters of the 19th century ship models, were just some of the first exhibits.

The Library of Syros

The Public Library of Ermoupolis housed in the basement of the Cultural Centre, a beautiful neoclassical building of the 19th century (1863-1865).

Special mention should be made to collect the local press that starts from the last century and up until today. Approximately 45,000 volumes of books are available to the readership.

The printed material is sorted by the decimal system of classification DEWEY.

Apollo Theatre is a symbol of economic and cultural development of Syros, in the 19th century, is one of the oldest theaters closed in modern times and one of the most impressive architectural ornaments of Syros is located behind the main square Miaoulis and the Municipal Library Square Vardaka.

Constructed in 1862 when work began on the theater and was completed in 1864, designed by Italian architect Club, Pietro Sampo, and cover the cost of the same holding company, under the responsibility of the municipality.

This magnificent church was founded in 1849 with plans of G. Metaxas, and officially inaugurated in 1870 without having completed the interior decoration.

Cross-shaped, is situated in an elevated courtyard with a marble balustrade and handrail. It belongs to the type of domed basilica. Ladder height of 4 meters leads to the central part of the full-marble facade, which is on the ground floor porch to form a gallery four Ionic columns and two pilasters with Corinthian capitals.

Church of the Resurrection

Built on hilltop Dili, the Orthodox Church seems to counterbalance the dominant form of the Saint George church on the hill of Ano Syros. The original (1858) Hermoupolis plan was to set up in this position the war memorial during the Revolution, which eventually was placed in front of Ag. Nicholas, the new church was dedicated but the “resurrection of the Nation.”

The first church was built in 1200 AD and was rebuilt three times since then.The present church dates from 1834, is a sign of the basilica and decorated with great pictures. Among them, the “Lady of Hope” in which the Syrians Catholics place great reverence.

In 1652 became a Cathedral.Bishop Andreas Kargas hanged by the Turks in 1617 along with his secretary.

Then it is destroyed and most of the files of the Diocese.What has survived since then kept at the Centre for Historical Studies of the Catholic Diocese, where there are extremely important documents relating to the history of the island.

The Museum of M.Vamvakari founded in 1995 in an old house in the center of Ano Syros, which was renovated to accommodate the personal belongings of the great troubadour, who was born in Ano Syros in 1905 and spent there the first years of his life.

In this small museum kept some of the few personal belongings of the top pop composer, who kindly gave his relatives and who have seen fit to expose the public to visit the Upper Syros.